​All the birds we expect to find in the Edmonton area at the end of May were accounted for and there were some surprises too! We counted a total of 189 identified species and 21,553 individual birds. (An additional 12,176 birds, mostly gulls, were counted and identified to species group.)
Our top 3 commonly seen species were:
"Top 3" photos by Wayne Oakes, all in Edmonton's Whitemud Park.
​Participants used a variety of strategies on the Count weekend. This is the best way to get the entire spectrum of species we’re trying to record.
​Other participants visited specific areas to look for difficult birds. These birds may require a special habitat, or may be secretive in nature generally or because they’re nesting.
​​Lakes and wetlands received lots of attention as many species use those habitats. Chris Rees counted a White-winged Scoter. -photo by Vivek Dabral 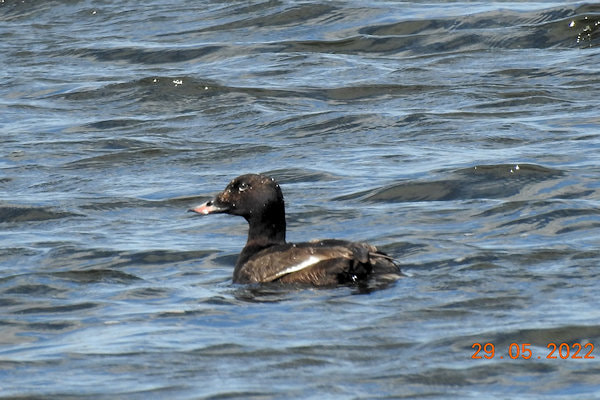 ​​There were a few folks who lucked into rare finds. Birds may be rare because of the location, or the time of year, or because they are here in very small numbers. Those unexpected birds include, but are not limited to,  the Common Redpoll (winter resident) seen by Gerald Romanchuk and Steve Knight the Loggerhead Shrike (usually in Southern Alberta) found by Marnie and Sean Evans, and the Lazuli Bunting (occurs in Southern Alberta) which was visiting a feeder, recorded (and photographed) on Count Day by Vivek Dabral. 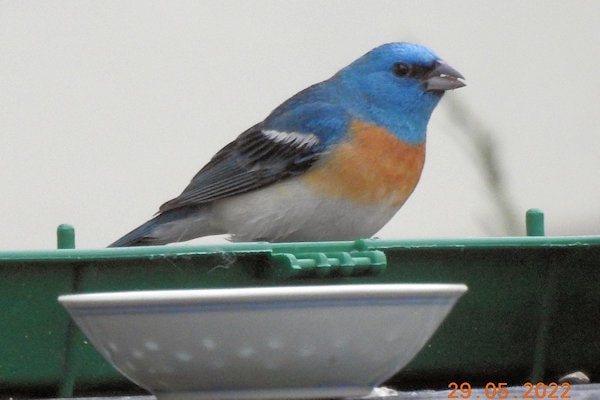 ​All the Count details and shared checklists may be viewed at https://ebird.org/tripreport/60195
​
​Many counters don’t take time for photographs or just snap quick record shots when possible, it’s the nature of the event. These shared photos are greatly appreciated!
Details for participating in the 2023 Count will be available next spring.